We are dedicated to providing every client with the highest standard of work and attention to detail. Our services cover all phases of the construction process, from planning through implementation, and we aim to establish and maintain strong relationships with all parties involved before, during and after each project. 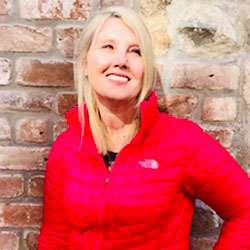 Brandy worked as a teacher for 18 years. She brings tremendous organizational and people skills which help her to manage the office, accounting, and contracts.

Brandy grew up in South Texas and graduated from Texas Tech University with a bachelors in Multidisciplinary Studies with a double minor in Social Studies and English. Brandy moved to Savannah 4 years ago with her husband Eric and three children, Hadrian, Ethan and Reed.

Brandy continues to learn, promote, and educate herself by participating in NAWIC, Chamber of Commerce of Savannah, and Junior League of Savannah. She also stays active in PTA and serves as a volunteer for her children's schools. Her greatest joy in life is her family. 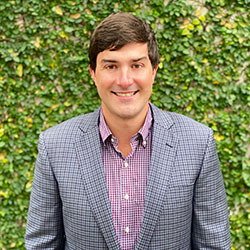 From Nate’s earliest memory, he has always been working in construction. Nate’s father, uncles, and grandfather all were engineers or contractors. His first job was pouring concrete and since then he has worked with small contractors and large companies such as TIC. Realizing he enjoyed the historic preservation side of construction, he opened his own general contracting firm in 2015. Nate is currently the Chief Operating Officer and Chief of Business Development for Savannah Construction and Preservation.

As a Savannah native, Nate attended Savannah Christian Preparatory School and Georgia Southern University. He grew up with an appreciation of the historic sites in his hometown and the skills and expertise it takes to maintain them. This appreciation not only guides him in his professional life but also his interests outside of work.

Nate is a member of the Historic Savannah Foundation’s 13th Colony Group which cultivates the next generation of preservation-minded community leaders. He is also a member of the Telfair Academy’s William Jay Society which promotes a commitment to developing an awareness, understanding, and appreciation of art. He volunteers with Civitan of Savannah which aims to serve and help those with developmental disabilities. Nate is a member of the Forest City Gun Club and enjoys hunting in Clyo, GA and Tillman, SC.

Nate has attended Independent Presbyterian Church the last 20 years where he married his wife in 2019, Bess Butler Brunson, also a Savannah native. Nate and Bess first bonded over their love of the Savannah historic district, a passion for being out on the water, and deep relationships with their grandparents.

Nate enjoys traveling, boating, and enjoying the outdoors with his wife Bess. They live in the Savannah Historic District. 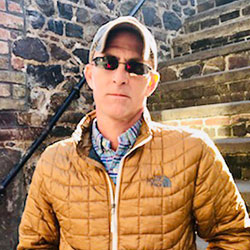 Eric has worked in historic preservation and general construction projects for more than 10 years bringing his skills as a project manager and estimator to high profile buildings including the Savannah History Museum and Visitor’s Center, where the work included repointing, reroofing and the documentation and restoration of historic windows.

Eric was also instrumental in constructing Battlefield Memorial Park, a 2-acre site that includes the recreation of a Revolutionary War-era earthen fort and a field of granite memorial stones.

On Sapelo Island, Eric advised the state of Georgia on the restoration of a 1920’s solarium that was part of the Reynold’s mansion.Eric has managed the masonry restoration of the Kehoe Foundry, a signature building at Savannah’s Trustees’ Garden

Eric holds a bachelor’s in historic preservation with a minor in architecture from the Savannah College of Art and Design.

He and his wife, Brandy, have three children and live on Wilmington Island.

How can we make a difference on your next project?